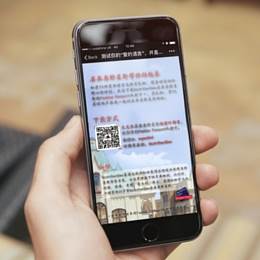 WeChat and Sina Weibo are key social media channels for communicating with luxury-loving Chinese consumers, as well as with the country's retail and fashion influencers. For McArthurGlen’s Chinese New Year promotions on these platforms, it is partnering with Haibao.com, one of the top 10 fashion websites in China, to produce unique dynamic content using the newest HTML technology.

This special collaboration will promote a series of Chinese New Year activities and promotions taking place from 30 January to 28 February at 14 of McArthurGlen's most popular designer outlets with Chinese tourists.

By subscribing to McArthurGlen's WeChat page, or by following the Sina Weibo page, visitors can download a McArthurGlen Year of the Monkey e-voucher and they will receive a Chinese New Year envelope when they visit the participating centres' Welcome Desks.

The envelope will contain a McArthurGlen Fashion Passport, with an extra saving of 10%, and additional retail offers from participating brands: the more shoppers spend, the more offers they receive, including a limited-edition Chinese New Year tote bag.

The campaign will also target Chinese residents in Europe through Facebook and locally edited Chinese-language media.

Sales to Chinese travellers soared by more than 74% last year at McArthurGlen's designer outlets, and spending by Chinese visitors has risen by more than five times over the past four years.

The McArthurGlen centres participating in the promotion include: