McArthurGlen unveils ‘the wonders of autumn’ 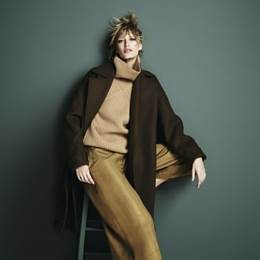 Europe’s leading designer outlet group, McArthurGlen, has launched its ‘Wonders of Autumn’campaign, heralding the iconic pieces from the new season collections. In the campaign, McArthurGlen picks the ‘Perfect 10’ items that encapsulate autumn/winter 2015 fashion essentials – from the little black dress and designer handbag, to the best pair of jeans and the cosy chunky knit.

Shaeren McKenzie, Group Marketing Director, McArthurGlen Designer Outlets, comments: “This season McArthurGlen is celebrating the true wonders of an autumn wardrobe. A combination of timeless investment classics and desirable trend-led pieces helps create a signature style which will stand the test of time. Now more than ever, the perfect 10 capsule wardrobe items for autumn/winter is within reach.”

The campaign will run across all nine countries that are home to McArthurGlen’s 21 designer outlets: Austria, Belgium, Canada, France, Germany, Greece, Italy, the Netherlands and the UK. It will also be rolled out in China, South Korea, Russia, Brazil and Southeast Asia, where some of the world’s highest-spending international travellers are based.

To coincide with the launch of the ‘Wonders of Autumn’ campaign, McArthurGlen spoke to 5,000 shoppers, both men and women, across Europe about their investment pieces and their ‘dream’ items. The interviews were carried out in Britain, France, Germany and Italy – with the overall findings revealing more similarities than differences.

As an average across all four countries, women chose the knee-high boot as their top investment piece, followed by the wool overcoat and the ankle boot. The men went for the jacket – first outdoor and then high-performance – followed by jeans.

When it came to what type of clothing men and women enjoyed wearing most, the unanimous answer across all four nationalities – and among both sexes – was the classic t-shirt and jeans combination.

McArthurGlen carried out its latest shopping habits survey as part of its ongoing consumer insight programme which talks with 40,000 consumers each year. The survey sample was equally split between men and women across four markets – Britain, France, Germany and Italy.