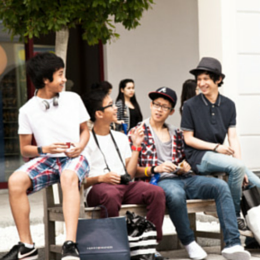 The Award, part of the China Travel & Industry Meeting Awards, comes at a time when McArthurGlen has seen record sales to Chinese shoppers – with a rise of 70% in the first three months of 2015, compared with the same period in 2014.

China is now the biggest source of international spenders for McArthurGlen, Europe’s leader in designer outlets, with 20 Designer Outlets near key city destinations across eight countries in Europe.

Anthony Rippingale, McArthurGlen’s Head of Tourism, said: “We are delighted to win such a prestigious award in China - the world’s largest outbound tourism market and home to the world’s top spenders on luxury.

“The Award is a reflection of the growth of the McArthurGlen brand in China, with China now becoming our most important international market.

“Our success is about what we have to offer the Chinese tourist travelling to Europe – the best-loved luxury and premium brands at great prices in a high-quality shopping environment, near key city destinations. And it is about working with the Chinese tourism market, ensuring that a trip to one of our centres is on every fashion-lover’s itinerary before they leave home.”

McArthurGlen looks to grow their tourism business working with the Chinese market on a local, national and global level. Anthony continued: “Our success would not have been possible without the network of close partnerships that we have built up with the Chinese travel industry, from airlines and tour operators to on-line payment solution Alipay and bank card association China UnionPay.”

McArthurGlen was nominated for the industry-leading awards by a distinguished panel of travel industry experts. The final decision was reached following a vote by the readers of Travel Weekly China. Also shortlisted were Chic Outlet Shopping and Premium Outlets.