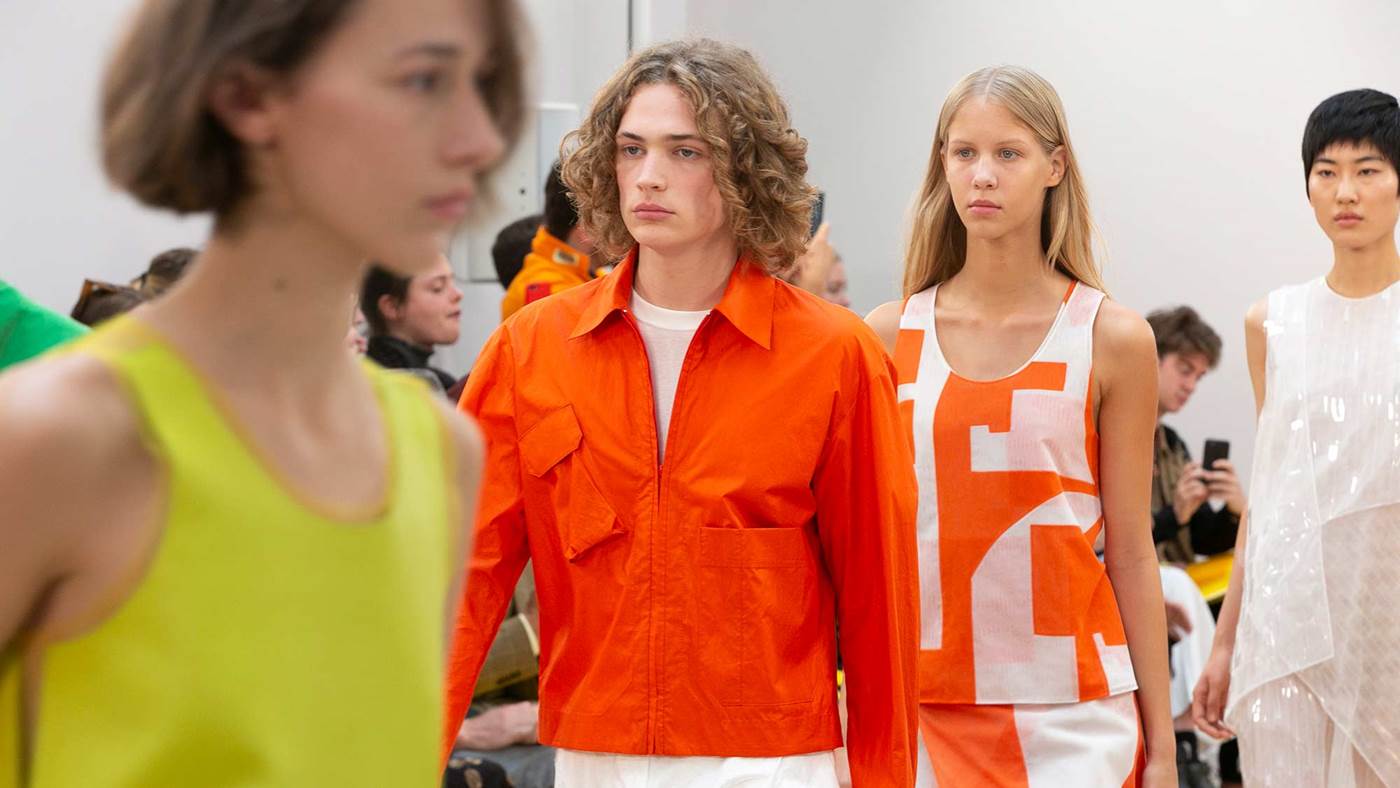 London Fashion Week has officially wrapped. With exclusive Insider access, we roundup the best moments from the most important week in the capital’s fashion calendar.

From the designers to watch to an exciting reshuffling in some of Britain’s most iconic fashion houses, Insider had a front row seat to all the action at London Fashion Week. Here’s everything you need to know…

Over at the Royal Academy of Arts, Insider had exclusive access to join Jasper Conran before the models hit the runways, where a sense of excitement was in the air as he prepared for one of his most bold collections yet.

Fittingly, a vivid array of painterly colours; think grass green, pillarbox red and juicy tangerine, graphic prints and elegant, eye-catching silhouettes swept the runway. Amongst the collection were standout pieces including a sleek jumpsuit in bold fuchsia – which actress and show goer Kristin Scott Thomas had her eye on –  and a t-shirt dress with large letters reading, “Equality not Minority.”

The message was clear; this collection offered an unapologetic, strong stance on not only fashion but women’s rights, with the show notes citing, "As a young boy I remember seeing my mother working hard lobbying to gain rights for women. It is clear that the battles fought for equality are still far from over."
Jasper, we salute you. 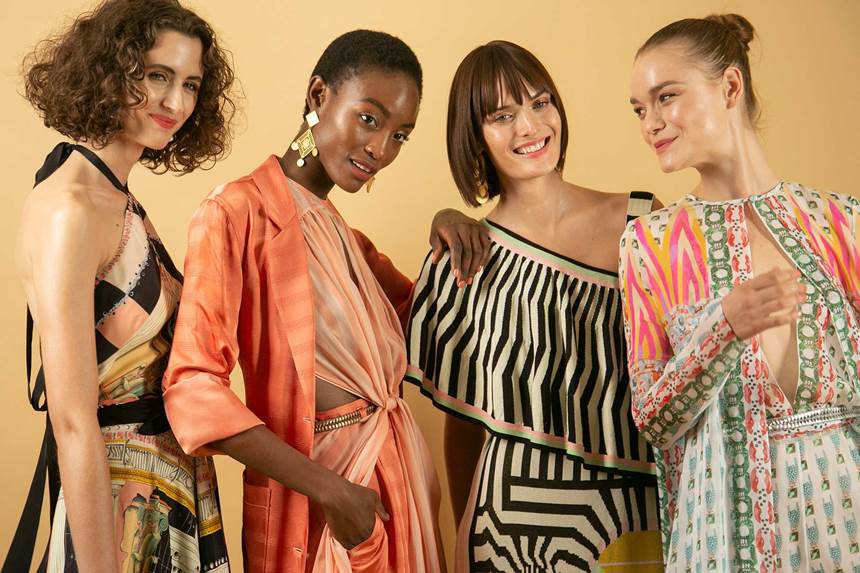 Her casting was not only proof that age is nothing but a number, but a personification of the ethos of Temperley London; empowered, unique and creative. Each piece was brimming with confidence and femininity; colourful sequins, eye-catching striped monochrome prints and statement embellishments were key. 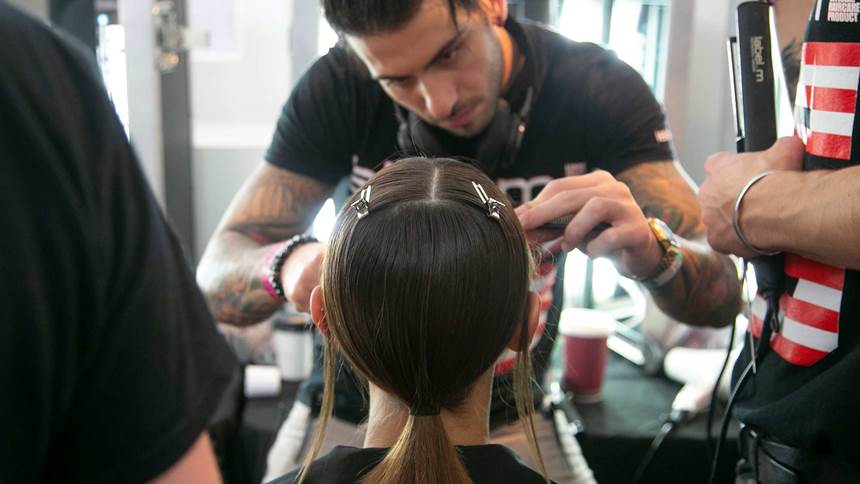 Inspired by a sense of wanderlust, Osman took us to a wild green oasis within the city, where garden paths became catwalks. Giving a new direction to partywear, sharp trouser suits and classic gowns were reimagined in zebra-print sequins and striking colour palettes and adorned with bold ruffles and tassels.

At Pam Hogg, bodysuits and gowns were imagined in bright colours and carnival-like prints, while proportions were exaggerated with huge headpieces, ruffles and sky-scraping platforms; lending a bold, fantastical outlook on the season.

Insider spotted actress and #MeToo activist Rose McGowan on the FROW not only at Osman but also at Pam Hogg, who soon became the unexpected celebrity ‘face’ of London Fashion Week.

In the wake of the #MeToo movement, British designers were keen to convey a strong, empowered message through their collections. The new season wardrobe will be bold, unapologetic, bright and rich in unexpected details – we can hardly wait! Until next time, London… 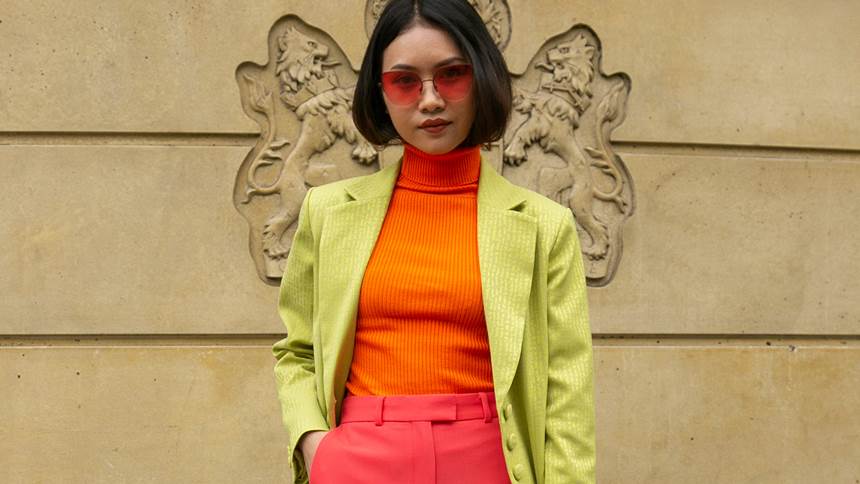 When the international style set descend upon the fashion capital, it’s inevitable that the pavements become the runway. And, how better to master the new season trends than with a master class from those that wear it best? Here’s every trend you need to rule the new season.

Fashion Week: What To Expect

What comes to mind when you think of Fashion Week? The buzz of the shows,  the outfits, the glamour? In just a matter of days, Insider will working with Lizzy Hadfield and Giulia Valentina to bring you all the action from London, Milan and Paris, including exclusive backstage access. Can’t wait? Here’s your sneak preview of what to expect…

Read More about Fashion Week: What To Expect