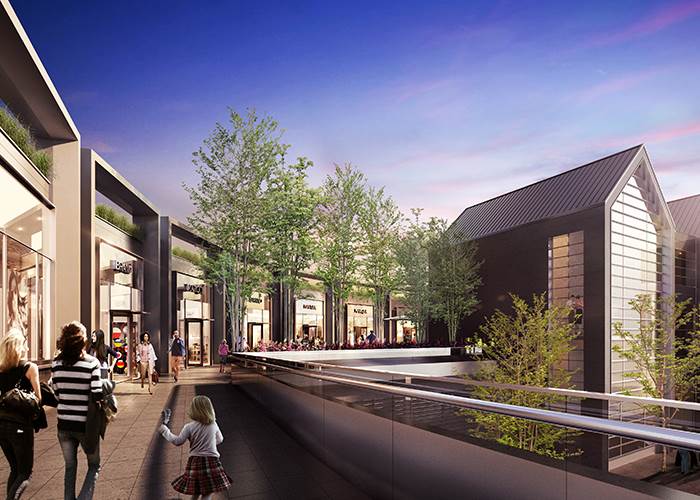 REMSCHEID, 21 April 2017 – McArthurGlen, Europe's leading owner, developer and manager of designer outlets, announced that it has been granted planning approval to build a new designer outlet in Remscheid. The planning permission covers construction of the centre and a car park on the current fairground site, clearing the way for the region’s only designer outlet.

Henning Balzer, McArthurGlen’s Development Director for Germany, said: “We are thrilled that planning permission is now on the table. In partnership with the city of Remscheid, we will push forward with planning work in the coming months so that construction can begin in early 2018.”

McArthurGlen expects to welcome the first shoppers to the new centre in the second half of 2019.

Henrik Madsen, Managing Director of Northern Europe at McArthurGlen, said: “As a market leader in Europe, we are confident that the centre, which will be the only designer outlet in the region, will be a success. By investing 165 million euros in the development of McArthurGlen´s fourth designer outlet in Germany, in one of the country’s most populous states, North Rhine-Westphalia, we once again signal our growth plans in the country.”

Handing over the approval documents, presiding mayor Mast-Waisz noted: “The Designer Outlet Remscheid is a key investment, not just for Remscheid, but for the entire region. It opens up new and interesting opportunities for the local economy, the job market and tourism industries in the region – something which other locations where McArthurGlen operate centres can testify.”

With the McArthurGlen Designer Outlet Remscheid, Europe’s market leader is expanding its operations in the German market. The new Remscheid development will be the fourth centre in Germany, adding to the company’s existing centres in Berlin and Neumünster, and Designer Outlet Ochtrup..

At least 800 jobs will be created across nearly 125 stores, cafés and restaurants. The centre will include VIP and guest service facilities, as well as a playground and amenities for visiting guests. Like other McArthurGlen designer outlets, the new outlet in Remscheid will feature McArthurGlen’s signature open-air ‘village’ style architecture.

Both the city and the outlet’s investors are using the rest of the year to prepare and, in some cases, carry out preliminary construction and relocation measures.

“The centre will provide the region with a unique tourist attraction. It will draw additional purchasing power to the area and create new jobs, thus strengthening the region in the long term,” Mast-Waisz says.

The new centre will enhance the region’s desirability as a business location and, through extensive cooperation agreements, benefit local retailers and the hotel and restaurant sectors. McArthurGlen aims to create synergies between these providers and the designer outlet from the initial construction phase. “By tendering out building work, particularly to local companies and tradespeople, we will generate opportunities for employment from a very early stage,“ Balzer says.

McArthurGlen is also committed to working closely with tourist and leisure service providers to market the region’s attractions to its customers. “We will offer visitors to the centre the possibility to turn their shopping tour into a full-day excursion and discover the tourist and leisure activities on offer in the region,” Balzer says. In cooperation with the city of Remscheid, McArthurGlen is planning to incorporate a tourist information office at the centre where local and regional providers can present their tourist attractions.