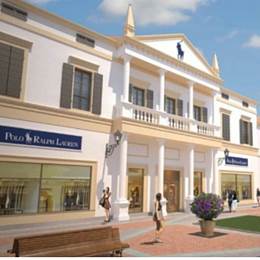 Europe’s No. 1 designer outlet group, McArthurGlen, today announced that construction has begun on a 50 million euro expansion of its award-winning Noventa di Piave centre near Venice.  Leading luxury brand, Polo Ralph Lauren, is the first to sign up for a major store in Noventa’s stunning new extension and will open there in December 2016, while the remaining stores will open in Spring 2017.

Opened in 2008, and with three expansions under its belt since then, McArthurGlen Noventa di Piave is one of Europe’s most visited designer outlets.  It welcomes over 3 million customers a year who come to seek out its unparalleled range of brands including Armani, Bottega Veneta, Brioni, Burberry, Fendi, Ferragamo, Gucci, Loro Piana, Marc Jacobs, Prada and Versace.

The new expansion, which is being developed by McArthurGlen, comes on the back of the Noventa outlet’s strong financial performance.  Over the past three years, the centre has recorded a 59 per cent increase in visitor numbers and 69 percent increase in sales.  A popular destination for international travellers, long haul tourist sales represent 25 per cent of the centre’s total turnover.

Julia Calabrese, CEO of McArthurGlen, said: “We are thrilled to be welcoming Polo Ralph Lauren as the first store in our soon-to-be expanded McArthurGlen Noventa di Piave.  Noventa is one of Europe’s most successful designer outlets and a major flagship in the McArthurGlen portfolio of 22 designer outlet centres, including five in Italy.”

Situated just 40 km from Venice, with no direct outlet competition and with a population of nearly 5.5 million living within a 90 minute radius, the Noventa outlet is currently home to 132 luxury and designer stores, as well as eight cafes and restaurants, in 26,000 sq m of retail space.  The new expansion will add a further 6,000 sq m in order to accommodate an additional 25 stores including, for the first time in Noventa, Polo Ralph Lauren.

McArthurGlen Noventa di Piave’s new expansion will see its parking space allocation increase by over a third to a total of nearly 3,500 to meet the growing demand from the local and international visitors who come to the centre by car, including the constant flow of tourists who come to enjoy the Venetian Riviera.