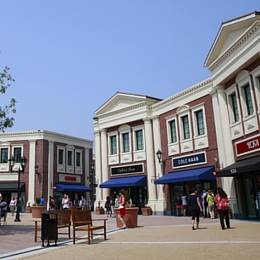 The first property to be developed in Canada by Europe’s No. 1 designer outlet group McArthurGlen, the Vancouver Airport centre opened its doors on 9 July 2015.  In its first three months of operation, the outlet welcomed its millionth visitor, exceeding the company’s footfall projections by 66%.

With McArthurGlen’s signature design of open-air walkways, a diverse range of dining and leisure offerings and excellent transport links, the Vancouver centre features some of the world’s most famous brands including Armani, Calvin Klein, Coach, Cole Haan, Hugo Boss, Nike, Polo Ralph Lauren, Ports 1961, Tommy Hilfiger and Tumi - all offering savings of up to 70%, all year round.

Julia Calabrese, CEO, McArthurGlen Group, said: “This is a real honour for McArthurGlen’s first centre outside Europe.  We are thrilled by the reaction we’ve seen from our shoppers there and their positive response to our European day-out shopping concept. This is the culmination of the hard work of the McArthurGlen team, our close collaboration with our brand and investor partners, and with the local community in Vancouver.”